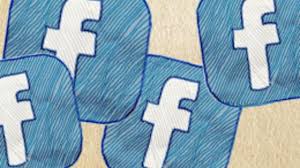 Once you have built your Facebook business page and are looking for that added ‘oomph’, an advertising campaign may be just the key. Before getting started you may have a few questions like,

3. Will I receive ROI from this?

Lets start from the beginning, what are Facebook Ad Campaigns?

According to Facebook.com, “Facebook Ads are paid messages coming from businesses and they can include social context about friends. People who like your Page spend an average of 2 times more as your customers than people who aren’t connected to you on Facebook. Learn how to reach the right people using ads.”

How do I get started?

There are several types of Facebook Ads all of which depend on the objective you are trying to reach with your Facbook Page. Before deciding which type is right for you, set goals, or better yet objectives, to really pin point exactly what you would like to achieve. Once you have done that, it’s time to dig into the nitty gritty of exactly how you will run your ad. 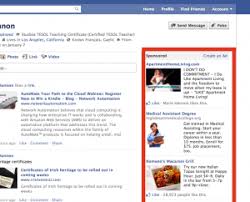 What type of ad is right for my business?

If you want to gain more of a following … If you have built up your Facebook presence with engaging posts, interesting content and somewhat of a following but would like even more followers then an ad that shows up in either the newsfeed or right hand column may be the right choice. This is your basic ad that you typically see show up on either the right hand side or within the newsfeed.

TIP: Make sure the image you choose is clean, simple and bright (treat it as a billboard)

If you want to engage your audience … If you are happy with your following and would rather engage the audience you have, which may bring this attention to others who don’t like your page and in return may possibly give you a larger following, then a promoted post or sponsored story may be the right fit. You know those days where the light bulb turns on and Boom you thought up an original idea for a Facebook post.Whether it be an image, quote, statistic, or video it probably captured the attention of your audience and resulted in comments, shares or likes. If you want to capture this glorious feeling over and over again then you may want to promote that clever post. 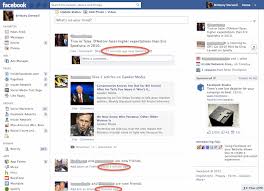 Promoted posts appear higher in News Feed, so there’s a better chance your audience will see them. There are two ways to promote a post: from your personal account and from your Facebook Page. A promoted post will ensure that a certain amount of people see the post show up in their newsfeed (even if they don’t like your page) depending on the amount of money you are willing to spend. Obviously the greater amount of money spent, the larger amount of eyes will see your post, or story.

How much will this cost me?

If you are a smaller business you are probably on a budget and want to stick to that budget. You may be wondering how much Facebook ads are going to cost you and what you will receive from it.  According to Facebook, “When you run your ad or sponsored story you will only be charged for the number of impressions (CPM) or clicks it receives. The amount that you pay will never be more than your daily or lifetime budget and there are no additional fees associated with running ads or sponsored stories on Facebook.” With that being said you are probably wondering what daily or lifetime budgets are? Within Facebook Ads you (the business owner or page manager) may decide how much money you would like to spend each day for your campaign  Facebook will automatically stop showing your ad once the daily budget has been reached. You also have the option of choosing a lifetime budget, which means you may choose a dollar amount you would like to spend over the campaign time period.

How long should I run my campaign?

You may run the campaign for as little or as long as a time as you would like. If you are new to this start with a 1-4 day campagin, just to get a feel for it. There is no limit and it won’t hurt you if you don’t run a campaign for long periods of time. You may stop the campaign whenever you please.

Why is it important to run a Facebook Ad Campaign?

The world on online marketing today requires much information to be process through real people, in real time, hence social media. In order to build an engaging platform on followers it may be relevant to run a Facebook Ad Campaign  Why? If you have tons of followers on your page but none are engaging with your statuses, sharing your posts or talking about you then there isn’t much added value. Sure followers are important but it’s more important to get your name ‘out there’ all while encouraging word of mouth advertising, which is now usually done through social media.

Will I receive ROI from running a Facebook Ad Campaign?

The Ads Manager has just been updated to track performance, goals and calculating ROI. The changes are rolling out over the next few weeks and will allow business owners, and page managers, the ability to calculate ROI much easier than ever before. There will be options within the ad manager to choose to use “conversion tracking” which will automatically show resulting conversions. You may also see “cost per conversion” for each add. This will show you the value of your ad campaign and whether it is worth it for you to run one.

Are You Ready For the Mobile Update? Mobilegeddon is Here
April 20, 2015